These people have helped me so much and as well as being brilliant scientists are amazing people. Without each of them the Evans lab would not exist! 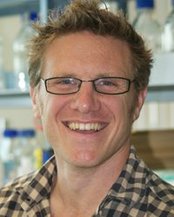 Prof. Will Wood, University of Edinburgh

Without the support and friendship of this amazing scientist this website would not need to exist. Without his help I never would have made it to be a PI. Everyone needs someone to champion their career and help them develop as a scientist - find yourself a Will Wood!

I moved to Will's lab when he first set up at the University of Bath and was his first appointment. Will was a fantastic boss and mentor and we had a lot of fun teasing out how macrophages disperse during embryonic development and how their inflammatory migrations are regulated. We were also able to identify a number of key components of the macrophage migration machinery, learn about how macrophages undergo contact inhibition of motility and develop the Drosophila embryo as a system to probe host:pathogen interactions live in vivo. In Will's lab, we were able to show a hierarchy of macrophage responses in vivo, and we also showed that apoptotic cells can suppress macrophage migration in the Drosophila embryo, work my lab in Sheffield is now seeking to develop further. I am incredibly grateful to Will for all his help and urge you to try and see him talk as he is a highly engaging speaker with lots of excellent science to communicate. 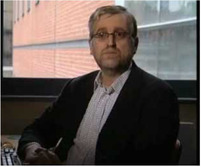 Paul was kind enough to host me as a young and naive Summer student over 2 vacations. In his lab I learnt what being a scientist actually entailed. His group were unbelievably friendly and welcomed me into their fold, despite being a rather nervous young thing. They also left me in charge of their HPLC machine and let me stain various brain sections. Paul is also director of Brains For Dementia Research, where you can donate your grey matter to help drive research into neurodegeneration (after you have finished using it). 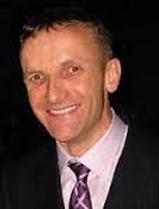 Chris supervised my final year project as an undergraduate at the Institute of Molecular Medicine at the University of Oxford. At that time he was in the Imperial Cancer Research Fund labs (before the advent of Cancer Research UK), but he's since moved into the Sir William Dunn School of Pathology. My project was looking at what appeared to be a polyA polymerase in fission yeast, but his work has subsequently shown it to be a member of a family uridylyl transferases that modify mRNAs. My project wasn't a roaring success (cloning failures), but I very much enjoyed working with Chris and the experience underlined my desire to do a PhD in molecular cell biology. 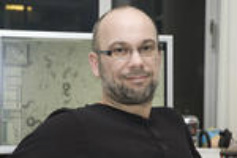 Steve was my first rotation supervisor as a PhD student at UCL. His lab worked using C. elegans (nematode worms) to study signalling pathways implicated in depression. It turns out some of the genes he was looking at have unexpected roles regulating immune responses in worms and Rachel from his group has gone on to set up her own lab investigating this further. Steve was a great role model for me and I sometimes wish that I had done a PhD with him as I loved working with a model organism (which I have migrated to subsequently). His fervour for Manchester United and Star Trek must have been what put me off! 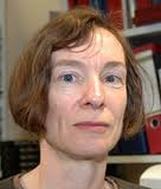 Anne is probably queen of the Rho GTPases (a family of signalling proteins much beloved of cell biologists, largely as they do striking things to their shape and regulate cell migration amongst other things). I looked at how the absence of Vav GEFs (proteins that turn on some of the aforementioned Rho GTPases) affects the migration of immune cells, the protrusions that they make and their downstream signalling responses to stimulation with chemoattractants.

I chose to carry out my PhD with Kate, moving with her from UCL down to the west country halfway through my PhD studies. Not only did I complete my PhD, this led me to meet my wife, firmly cementing Kate's status as matchmaker in chief (a role she also performed in Alan Hall's lab). Kate gave me lots of freedom as a student to pursue what interested me, which really gave me a great foundation for being highly independent as a post-doc. In Kate's lab I worked on understanding how cell-cell repulsion was generated downstream of the Eph receptors (a large family of proteins that seem to regulate pretty much everything) and how such processes could regulate cell migration.